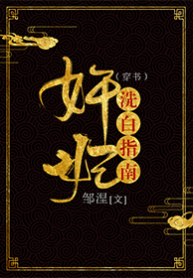 There was once a treacherous concubine. She controlled the government, persecuted the honest and faithful, and created chaos in the harem. Inciting anger from the people.

Of course, in the end, the protagonist was cleanly dealt with and the people rejoiced.

Yuan Luo, who was supposed to be dead, wasn’t. Instead, she became the treacherous concubine who was comparable to Su Daji.

The first thought when she woke up was to whitewash her name. But…

Lackey 1: Niang niang, the family of imperial censor Zhu who impeached you has been slaughtered by us. Even his cats, dogs, chickens, and ducks have not been spared…

Lackey 2: Niang niang, the little bit*h assigned by Dong Hai Wang to seduce the emperor has been disfigured. But Dong Hai Wang is not easy to deal with. We are ready to poison him at your command.

Lackey 3: Niang niang, the enemy received the military plans we leaked out. As expected, General Gu was defeated on the front line. That old man can no longer go against you. His whole family is dead.

She walked out of her chamber and looked at the young general who was kneeling in the snow and begging for his family to be spared. She felt the eyes that fell on her grow colder and darker than the wind and snow.

Yuan Luo just wants to throw away the imperial jade seal! Son of a b*tch, how do you whitewash this? This road is completely blackened!

Rebirth of the Little Lucky Star in 80s