There’s A Bug In Me 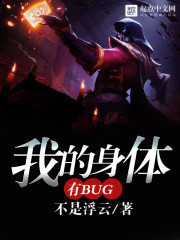 Have you ever thought of using magic in martial arts games, martial arts in Western fantasy games, and star destroyers in stone games?

Chen Bing became interested in the homeland game, but it didn’t take long for him to discover that his body seemed to have its own bug. Every time he entered a new game, that game would go wrong, and the server would crash and die.

The fifth time it caused the game server to crash, Chen Bing suddenly discovered that he had an extra skill!

I Have 100M Summoning Scrolls

Accelerated Growth, Adventurers, Dungeons, Fantasy World, Game Elements, Gamers, Hidden Abilities, Loyal Subordinates, Magic, Male Protagonist, MMORPG, Monsters, Special Abilitie, Time Manipulation, Virtual Reality
We use cookies on our website to give you the most relevant experience by remembering your preferences and repeat visits. By clicking “Accept”, you consent to the use of ALL the cookies.
Do not sell my personal information.
Cookie settingsACCEPT
Manage consent