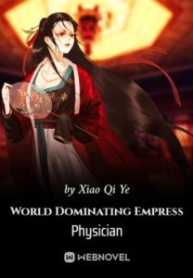 She was a descendant of the ancient martial aristocratic family of Hua Xia. She had just transmigrated when she was plotted against. She unexpectedly fell pregnant after randomly but forcefully triggering a man.

After ten months of pregnancy, she gave birth to a little fox? And this little fox tugged at her clothes and called her mother?

Good thing the little baby fox was obedient and adorable, caring, and protective of his mother. In this chaotic mainland where good and evil are present, the mother-son duo combined forces, suppressing all others with their expert skills, making those lowly relatives who looked down on them regret.

However, one day, Baby Fox’s daddy came looking for him. Not only did he want to snatch her child, he even wanted to snatch her along!

How could such a good thing be found? Wanting to be Baby Fox’s daddy, did he ask for Baby Fox’s opinion?

A particular baby fox crossed his arms by his waist. “Want to become my dad? First, hand over your silver and then queue up behind. Mom, I think that Uncle Wang from next door is quite rich. Why don’t you become the wife of Uncle Wang instead?”