Ex-wife’s Rise to the Top 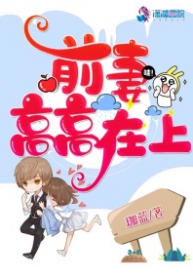 Xu Yizhang returned to the age of 23, caressed the platinum ring on her ring finger, and decided to break off her marriage with Han Shen immediately.

Her mother: “What happened to you and Han Shen? Weren’t you impatient to marry him before?”

Her father: “The venue and wedding invitations are all ready. Now you’re talking like this? How to solve this problem? Where is the face of your parents?”

Before she was reborn, Xu Yizhang got married as soon as she graduated. After marriage, Han Shen was so busy that she raised their children alone.

The group of friends laugh at her and mock her: “Han Shen doesn’t like her at all. She always nags him. As a result, she was given the cold shoulder after marriage and left alone everywhere…”

After breaking off the marriage, everyone was stunned. “Xu Yizhang broke off an engagement? Why? Does she think the most talented person on campus is not enough for her?”

“Are you crazy? Don’t want such a good man.”

Han Shen: “How can you love someone and not think of marriage?”

Han Shen: “What about our previous vows?”

Xu Yizhang: “Count them as idioms.”

The Pearl on the Emperor’s Crown