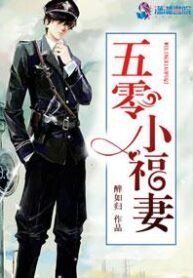 [Era + Farming + Ability + Military Marriage + Food] ●【Rebirth】 Chen Nuannuan was reborn as a post-fifty generation, but fortunately her powers followed, and so did her husband. Su Qiao: Nuan Nuan, would you like to eat fish porridge, fish balls or sashimi? Summon a few sea bass or tuna if you want, and I’ll make it for you. Su Qiao: Nuan Nuan, do you want to eat cold Lei Gong root or stir-fried bracken? If you want to eat it, a few bushes will come out, and I will make it for you. Su Qiao: Nuan Nuan, do you want to eat slate-roasted venison or braised wild boar? If you want to eat, call out red deer or wild boar, and I will make it for you. Chen Nuannuan: You don’t go hunting by yourself, you provide me with ingredients for Maodu? Su Qiao: Because I am in charge of cooking, of course you will prepare the ingredients. ●【Powerful】 Chen Nuannuan’s brothers are not super sisters, but all of them are very cheating, and no one will bully her as a sister. Chen Lieyang: This general is a great general from ancient times. He has fought in the army for more than ten years. He is highly skilled in martial arts and skilled in the art of warfare. Therefore, I will once again serve as a general to protect my family from wind and rain. Chen Chaoyang: This son is a son of a noble family from ancient times. He is a gentleman in six arts, and is proficient in all aspects of piano, chess, calligraphy and painting. My paintings and a pair of characters are treasures. Chen Xunyang: This son comes from an ancient family of royal merchants. This son is talented in business, and our family will not worry about money in the future. Chen Jiaoyang: This deity is the alchemy magister of the Magic Continent, and no alchemy or alchemy can defeat the deity. Chen Ouyang: I am from the interstellar era. I am a mecha maker. I can make any high-tech products I want. Nuan Nuan & Su Qiao: It’s not just us who are reborn, this world that has been sifted through a sieve is too… friendly to us. ●【Legend】 2018—— ◆ “The Nuan Nuan Group has launched a new pickle, which is even more popular than Lao X’s mother.” “Every time the Nuan Nuan Group launches a new product, it represents the big boss showing affection.” “It’s been more than 60 years, and I still show affection every day.” ◆“Jiaoyang Technology has launched a new suspension car, but I don’t have the money to buy QAQ” “I heard that the smartphone that Jiaoyang Technology launched last time will be replaced, and it will be replaced with the light brain in the novel.” “The boss of Jiaoyang Technology is too powerful, Mr. Chen Dong Chen, can you give me a lottery to win a solar suspension car?” ◆“Professor Chen has won the Nobel Prize in Literature again.” “Professor Chen’s sister-in-law, Professor Jiang, has won the Phil Prize in Mathematics again.” “Professor Chen’s son won the xxx physics prize.” “Student god of this family, worship him.” “Forwarding the god of learning, please don’t fail the exam.” “Forward +1” “Forward +2” ◆ “Chen family, it took 50 years to become a wealthy family. There are descendants of the Chen family in various fields. It’s really amazing.” “How did you do it? This family is amazing.” “The most powerful should be the old father and mother of the Chen family, right? Their five sons and one daughter, and even their daughter-in-law and son-in-law are super powerful. How did they give birth to such excellent children?” “Boss, is your family still short of granddaughter-in-law and great-grandson-in-law? The kind who went to college.” “There is no shortage, no shortage. The granddaughter-in-law and great-grandson-in-law of the big brother’s family must have a doctorate degree or the kind with a lot of n degrees.” …… – Description from MTLNovel Details Show more Show more

The Deadly Hitwoman: A Lady With Special Abilities

The Pearl on the Emperor’s Crown

But My Hubby Dotes on Me