Let You Be The Director, And You Go To The Army To Direct The Military Exercise? 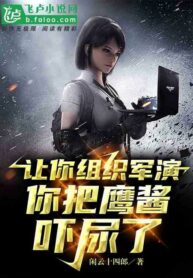 Let You Be The Director, And You Go To The Army To Direct The Military Exercise? Average 1 / 5 out of 1

Read Let You Be The Director, And You Go To The Army To Direct The Military Exercise?

Su Meng, who just graduated from the film school’s directing department, was accidentally involved in military operations, relying on the director’s thinking to see through all the military’s plans, helping the military successfully complete its tasks, and was recruited as a special talent.   The director system that accompanied him for several years has actually evolved into a super military exercise system. As long as you participate in or design military exercises, you can get special rewards. Since then, the military exercises of the Long Kingdom have been somewhat different.   The red side: “Isn’t it a red-blue confrontation? Why is this a three-way melee?”   A special team: “I asked you to design sere, but you actually invented a virtual combat system?”   A commander: “What? In wargames, I have to deal with a nuclear war?”   A friendly country: “555, I’m so touched. Big brother will take us to a joint military exercise to see who dares to bully me!”   A certain hostile force: “I’m sorry, I was wrong! I don’t dare anymore!”   mtl novel faoo novel

Whistle To the Earth, You Guys Really Know How To Play

10,000 Times Of Return, Never Hide For The Teacher

Hanyu: I Really Have Superpowers