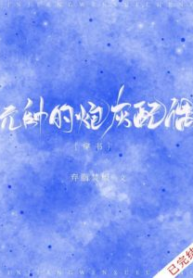 When you transmigrate as a marshal’s spouse, don’t be happy too soon yet.

The reason is that you’re probably an undercover agent who’s noble and cold on the surface, but steals information and plays deadly tricks behind the scenes; a villain who pretends to be a sickly white lotus flower, but actually has a heart as black as the bottom of a pot; and an unlucky bastard who was finally executed by the marshal himself on a live broadcast across the stars.

Duan Hengye decided- divorce! Get divorced early! There is no limit to the sea of pain.

The temperament and appearance of the white lotus, the identity background of the chief of the Imperial Academy of Sciences, and the force value hidden in the disguise was as high as an explosive watch. He could win if he played!

However, the marshal did not want to leave, but pulled him more and more tightly.

Your divorce application has been rejected.

Her Mountain, Her Sea

The Yandere Came During the Night