Martial Arts: at the Beginning of the Opening Mouth, Hi Yaoyue Was Forcibly Captured and Moved to Hu 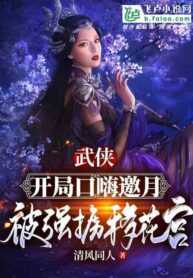 Martial Arts: at the Beginning of the Opening Mouth, Hi Yaoyue Was Forcibly Captured and Moved to Hu Average 4 / 5 out of 1

On the mainland of Shenzhou, Tianjiao rises together, and the five dynasties confront each other.
Zhu Yunlie came through and became the most “special” existence of the Daming royal family.
A strong background, infinite doting, coupled with his own temperament, his lawless character is engraved into his bones.
It’s fine if you’re in a good mood, but if you’re in a bad mood, you’ll be slapped twice.
When going out to play, in the tea shop, he invites Yue Lianxing.
Who knew that it was so unlucky to be caught by the righteous master.
Yaoyue: “Although the words are not rude, but this son is too handsome, let’s go back and be your husband!”
Lian Xing: “Sister is right!”
Zhu Yunlie was taken away in front of the imperial city gate, but the hornet’s nest was over.
The background of the dynasty, the ancestor of the inner courtyard was furious, and the entire imperial city suddenly changed color.
The Ming Dynasty began to tremble! Show more

My Love Style Is A Bit Abnormal