Rebirth to 90s: the Heroine of the Salted Fish Quit Her Job 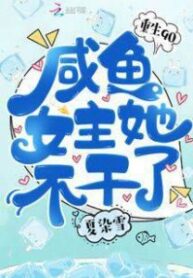 She was lying on the hospital bed, no longer in human form, but holding an insurance report tightly in her hand, her mother hadn’t come to see her for a long time, and they all said that her mother didn’t want her anymore, but she knew that the stupid woman gave it to herself. I bought an accident insurance, my mother is gone, it became this piece of paper… This is the twenty-fifth year since she was replaced by someone else. In this year, she fell ill and her mother… died. She opened her eyes suddenly, and what caught her eye was the almost mottled thing that only existed in her memory, as well as the calendar hanging on the wall, which was written in 1996, and she was born again. – Description from MTLNovel Details Show more

I Become A Burdensome Child After Transmigrating

The Princess Consort Has A Lethal Destiny