The Almighty Princess is Going To Climb the Wall 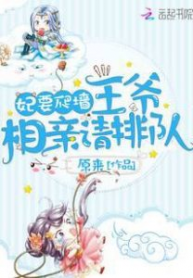 turn out to be

The uncle seven emperors who did not mention were married, but the bride was a parturient!

The new princess Xitang gave birth, and the Seven Emperor Uncles had double happiness, but since then they put on a diamond green hat.

When the iceberg prince is the first dude on the bar——

“I don’t need you to fight, and my concubine will give you a cheap son. What’s wrong with it?”

“The matter of inheritance is bigger than the sky, this kind of thing must still be done by himself.”

Seeing that Mengmengda’s son turned more and more like the one in front of him, Lu Xiaoxiao had a clever idea.

“Lu Xiaoxiao, what style do you run outside all day?”

“My concubine wants to save the common people!”

“Dangdang pharmacy, the gospel of infertility!”

The Rebirth of the Financial Hegemon

The Abnormal Life of the Summoner

Ultraman – Only Want To Protect You