The Cannon Fodder Strikes Back 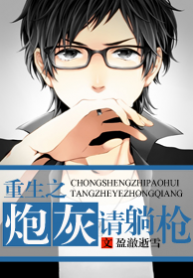 A certain cannon fodder believed that being in his line of industry, he should not be creating any waves.

So he always gave his all to be a bright and shining star outside the bed, and a top quality bed warmer in bed.

Everything looked smooth sailing, until a murder happened.

He then saw the light. It turned out that right from the start, he had been someone else’s protective shield.

One rebirth, the mistress met the legal wife, and he was pulled into the awkward relationship between the three of them.

This time, his experience as a cannon fodder told him —

1. No matter how a cannon fodder struggle, he can still get shot lying down

2. There’s no scum tops that cannot be abused to death, only mistresses who do not work hard enough!

The Demon Emperor of Lingfei Qingtian Has Been Captured

I Wish Mo All the Best

My Sister is Very Obsessive