Star Chef, She Can Be Salty Or Sweet 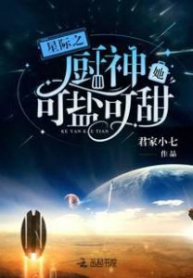 What do you want to do most in the interstellar age?

Drive a spaceship? Wear mecha? Take in the younger brother? Conquer the sea of ​​stars?

As the descendant of the imperial kitchen, he overturned the special spoon in his hand and sneered.

In the face of annoying, fertile zerg, there are also various animals and plants that grow and grow in the wind, and they are constantly cutting and arranging.

Simply put one foot on the nutrient solution bottle on the ground: “Let’s say, how many levels of protection do you want to eat them?”

The people of the empire shook their heads again and again: “No, no, no, it’s so disgusting, we won’t eat it if we kill you!”

Later, the people of the empire slobbered and shouted: “It’s so fragrant.”

His face hurts too!

Very good, the demeanor of his daughter-in-law is unmatched!

Villain: Memory Exposure, The Heroine Cried For Me

The Entertainment Industry Waits For Our Divorce

Online Games: You Call This A Necromancer?